I lived across the street from Bin No. 18 for two years and never made a visit, although at the time that didn’t bother me. The few times I looked over the menu nothing really called out to me. My friends that liked Bin No. 18 went for the pasta, which I of course can’t have, and a lot of the other items either weren’t gluten-free either or heavy on the seafood (not a huge fan).

A few weeks ago a dinner for work was scheduled there and I wasn’t totally feeling it based off the menu online. The space seemed nicely decorated though and it was pretty calm and relaxed for a Miami restaurant. I was starving, which helped me overcome some hesitancy of the menu. I started with the Bin salad as some of us waited for the rest of our party to get there. It also happened to be half off Tuesday on glasses of wine so some of group was very happy.

The Bin salad is organic greens with prosciutto, walnuts, tomatoes, caramelized onions, balsamic vinaigrette, and blue cheese. I don’t lightly say that it was one of my favorite salads. I was really tempted to order a second one. It was a large salad and the prosciutto and walnuts and blue cheese made it feel really filling. Usually a salad would need to be packed with lots of ranch and cheese and meat for me to feel full. Even then I wouldn’t really feel compelled to order a second one. While I also don’t mind mixed greens there are some times that a mixed green salad makes me feel like I am eating rabbit food. Not the case at all with this salad. This was a huge winner for this slightly picky eater and might be the first salad that ever makes me contemplate a return visit just for that.

Once the rest of our group got there I asked our waitress about a few of the entree options. Unfortunately the churrasco wasn’t gluten-free (I think something in the cream sauce), but she told me that the little pink dots on the menu denoted what was gluten-free. That was awesome to hear since you never know where gluten can be hidden. I went for the pork belly, which was hickory smoked with an apricot glaze. Almonds, shallots, and watercress salad were also on the side. The pork belly was slightly on the smaller end, but tasted good and was tender. If I hadn’t had the filling salad before I would still have been pretty hungry though. I didn’t really touch the garnishes on the side however.

A co-worker also ordered the warm figs “Brule,” which was sangria drunken figs with walnuts and Gorgonzola cheese on top. I tried one and it was pretty sweet, which was a nice contrast with the Gorgonzola cheese. Not something I would really order on my own because of the sweetness, but was nice to try.

Bin No. 18 definitely had more pluses than I expected like the salad and the gluten-free markings on the menu. As mentioned I was a huge fan of the Bin salad. That by itself probably wouldn’t make it top on my list to return, but I definitely would be open to joining if someone wanted to go there. My friends really like the pasta and Bin No. 18 seemed to have some good seafood so for gluten-eaters and seafood-fans I think it’s worth a look. The space is well-decorated and a nice place to visit and drink wine (besides half off Tuesday there also is free champagne for women I think on Wednesday). Like I said the salad by itself probably wouldn’t put it at the top of my list given all the restaurants out there, but I am kind of craving it right now after writing this… 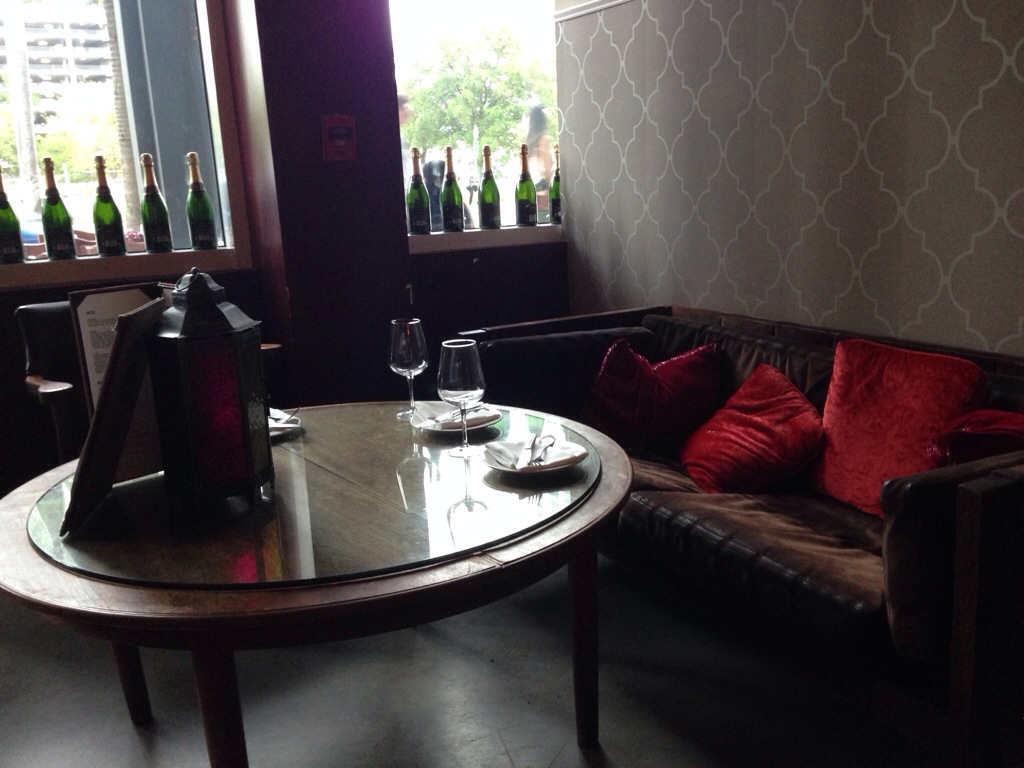 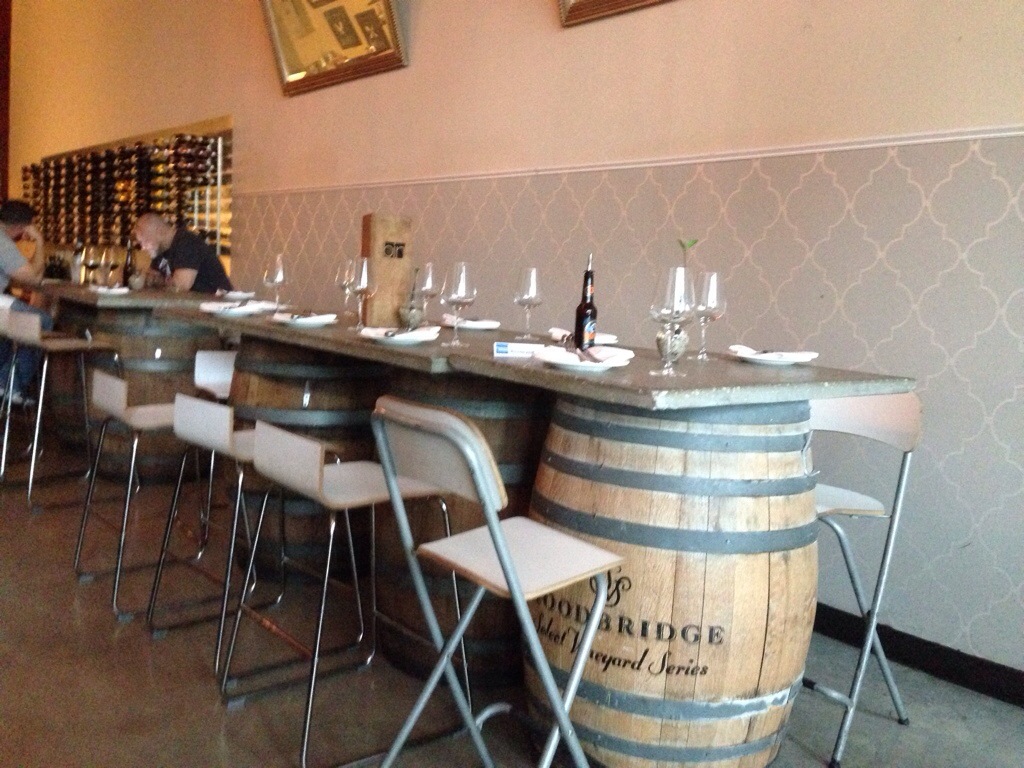 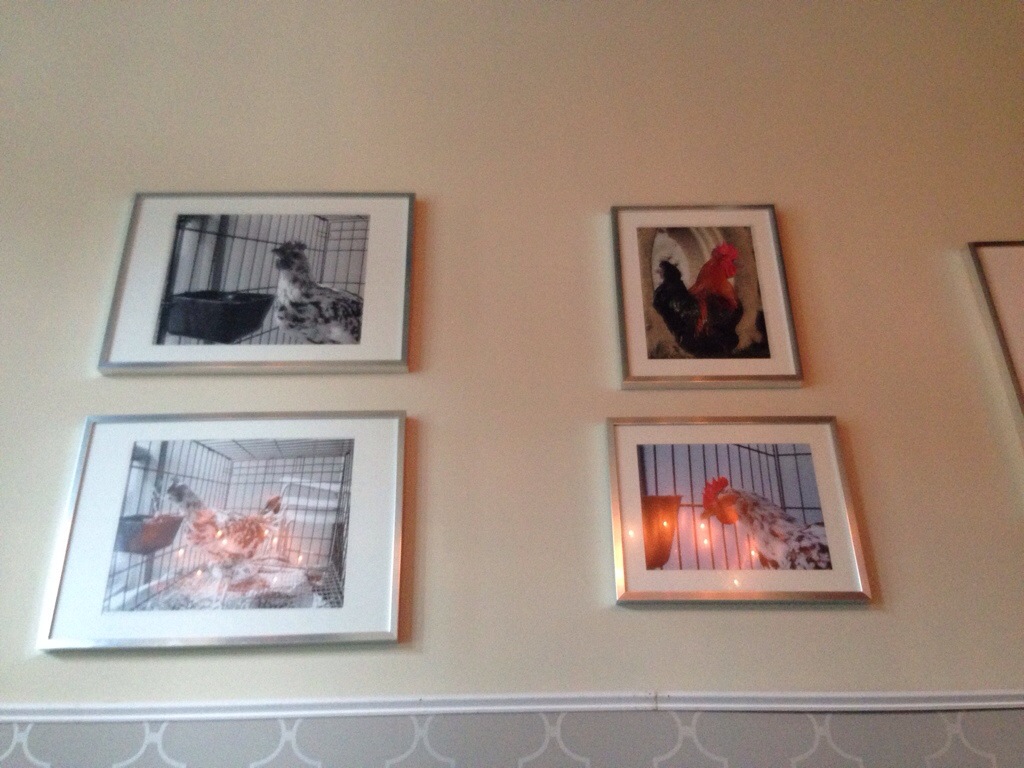